Motocross, Adventures, The Reaper Cat and Everything Else Unexpected

So this past summer had been a little busy to say the least. For a lot of positive reasons, I’ve been slacking on the website updates. With work slowing down and my new sport coming to a season’s end I finally have time to re-engage in the world wide web!

Dirtbikes, a love I discovered in high school. I was 16 years old and a couple of my friends had bikes. Sun Valley is not a motocross town, it’s a ski town, so it isn’t unheard of to start this sport a little later in life. I spent my entire childhood focused on my ski career. There was never time to branch out and do anything else besides ski, and train for skiing. Even my summers were spent chasing snow.

I had always loved the idea that one day I could race motocross, but I had no idea where to start. We have a couple tracks out in the mountains but nothing like what you’ll find when you pull up to a prepped motocross track. I rode for 2 summers in high school where I fell in love with this new sport. Skiing was still #1 so when I started competing on the pro circuit and living in park city, I couldn’t afford rent the bike was out.

In 2012 I found myself pretty established while settled in back in Sun Valley and felt like it was time to buy a bike again. Overnight I made an impulse decision and I drove to Rexburg, Idaho the following morning and picked up a brand new KX100. Everyone told me I should have gotten a bigger bike, but 6 years later with only 2 years of experience I really needed baby steps. Needless to say I quickly discovered it was not enough bike for me. 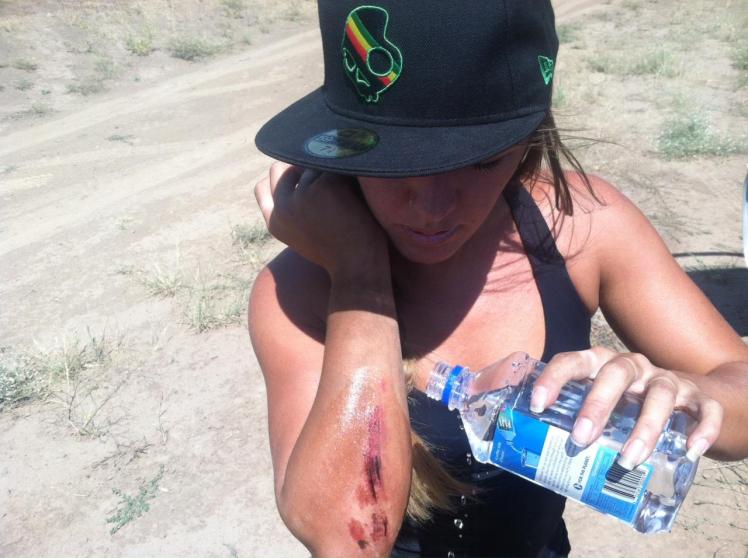 This last March I decided to take things a little more seriously and I purchased a 2013 YZ 125. The passion truly began here.

I am going to go ahead and thank Ryan Dean (amongst many others)  who spent 10 years of his life teaching me how to ski race. Based upon my suscuess within the sport I trusted him when he told me to get my a** to motocross races with him for the summer. He helped me pick out the bike and has encouraged me every day. The debate between that and the 250 was pretty heavy but I’m having so much fun on my bike, I see why they thought it would be perfect for me. Anyone who is familiar with bikes knows how much lighter, easier to work on, inexpensive and what a killer time a 125 is. I honestly wasn’t ready for the weight or skill of riding a 250. I quickly found out that as much fun as a 125 is, it’s pretty technical to be fast on!

With the encouragement of many, I signed up for my first race that following month. I went into it with the goal of finishing the race and having a killer time, and that was exactly what I did. I may have tipped the bike over every single lap, but with a smile on my face every time. There were people like Zack Lowry watching from the side and running out to help me pick up my bike every lap! haha

I can’t express how quickly I was welcomed into this new moto family at the track. It was something I had never experienced in competitive sports growing up and based off that, I continued to race the remainder of the summer.

With each day on my bike I got more comfortable. With each race I gained more experience and set new goals. It went from finishing the race, to not crashing every single lap, to not crashing at all, and finally being competitive enough to be beating some of the girls out of the gate to the first corner. I pushed myself to always switch up my lines each lap between inside and outside lines in corners.

With the snow falling and resorts open this season I’m now obsessing about more seat time. I hope to take this same feeling back on the track again this spring. Maybe even before then!

For my first year I ended up 7th/36 for the overall RMX North Series Races. I look forward to next season and becoming more competitive each race. 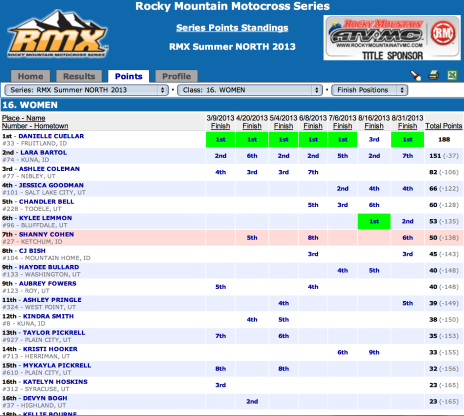 To all the people who swept my gate, gave me feedback, picked up my bike, pressure washed the mud off in-between motos and picked me up on the side of the road with my bike when my truck broke down, and much much more, I thank you. 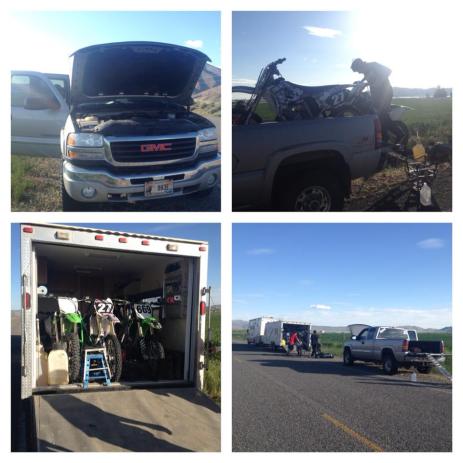